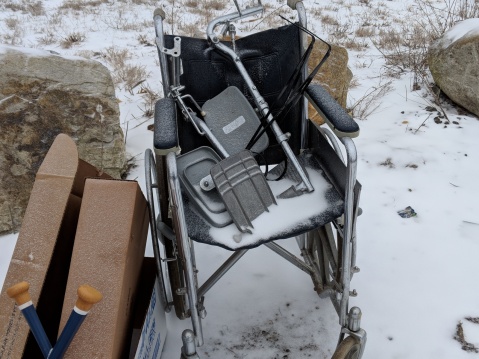 This beyond the bloody pale — and it sure is pale and grey outside.

The second time we have had accumulating snow this week and we are in MID-APRIL!

Where is the GLOBAL WARMING?

There is climate change, but it isn’t global warming.

This is what is causing the ongoing slowdown — changes to Atlantic Ocean tides! It was changes in ocean tides that caused the last Ice Age to end. So, this is serious tuff.

How come the Global Warming experts did NOT know they had to factor this in.

Barbara Bush, With Danielle, At The ‘White House’, November 1992.

I was distressed to hear, earlier today, that former First Lady Barbara Bush (now 92) is in failing health and as opted to forgo further medical treatment. Like so many around the World, I wish her the very best.

She was quite the Lady — the epitome of one, and I think the above pictures, that hangs in our hallway, captures it all.

She was a genuine, caring human being — you can see it in those eyes.

This picture, at the White House, was taken in late November 1992 — about 2-weeks after they lost the presidential election to Bill Clinton. While, she had expressed, understandably disappointment, you can clearly see that she was not bitter or sulking. She did, however, tell Danielle, a rambunctious 3-year old at that the time, not to break anything too valuable because the they had to make sure that they handed over the House in tip-top condition.

There have, of course, been quite a few exemplary First Ladies, and Barbara Bush of course is up there among the best — and you can’t deny that irrespective of her politics.

She and Abigail Adams share an unique distinctions. They were both, Second Ladies of the United States, First Ladies and mothers of subsequent presidents. Wow. Pretty impressive.

I wish her well.

Her pictures will grace our hall and lives for as long as I am around. 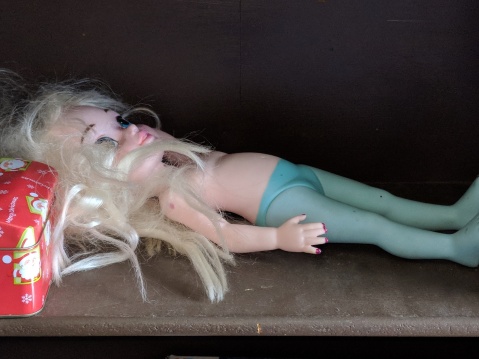 Huge Changes To TV Cricket In Australia, With Kerry Packer’s Channel 9 Losing Out.

Despite the timing it is NOT directly related to the ‘ball tampering‘ scandal, THOUGH Steve Smith could end up, ironically, as “Fox Sports” commentator. That is how I got to learn about it. Smith was in New York talking to “Fox Sports”. There is no shame these days.

Channel 9, Kerry Packer’s station, is losing rights to Test Matches after 40-years — bar the 2019 Ashes in England, which was exempt, because it had been previously negotiated.

“Fox Sports” has muscled in.

End of what was a long era.

So much of cricket today, One-Day Internationals in colored clothing and T20, can be traced back to Kerry Packer and his “World Series Cricket” in the late 1970s. I hated Packer for what he did to my beloved cricket at the time. Decades later, when everything was finally patched up, I grudgingly forgave him since he wasn’t all bad. He must be rolling in his grave.

Anywho … Now you know what is happening Down Under.