Best Buy ‘Geek Squad’ FINALLY
taking the bloody piece of junk away — in the pouring rain.

It stopped making ice towards the end of July 2017 — 4-months after we bought it, new, from Best Buy.

It took us till September 8, 2017 to get a technician! We spent all of August trying to get that to happen.

The technician ordered a new ice maker. Appears that Samsung ice makers are FAMOUS for failing after a few months! Best Buy knows that though they promote Samsung refrigerators in a BIG way (because they get promotional bonuses from Samsung).

The following week we discovered that Samsung closed the Trouble Ticket so the order got cancelled!

More calls. Lots of calls. Hours on the phone.

Then finally on September 19, 2017 they sent us, via e-mail, a supposed Return Authorization (RMA) — for Best Buy.

Called Best Buy with it. They wanted us to come in. So we made the 40-minute trek, one-way. The RMA was NOT on their system.

Best Buy said it could take up to 2-weeks for it to get loaded by Samsung into their system.

Then FINALLY last Friday Best Buy was able to honor the RMA.

We did not get a Samsung. We bought a Whirlpool.

It appears that Samsung ONLY loaded the RMA into the Best Buy system on October 11, 2017. 22-days after they sent us the RMA. 3 weeks.

Luckily this was only the ice-maker not working.

What would have happened IF it was the entire refrigerator?

Best Buy, by the way, were EXCELLENT! Outstanding. Did everything they could to help. Kudos & Thank YOU.

DO NOT BUY, Samsung. 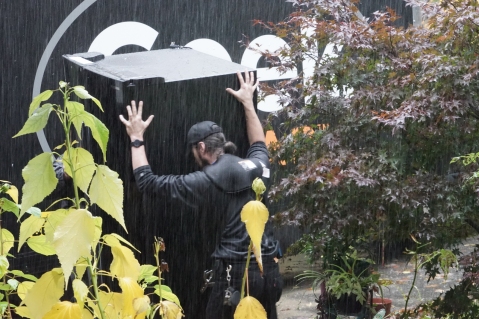 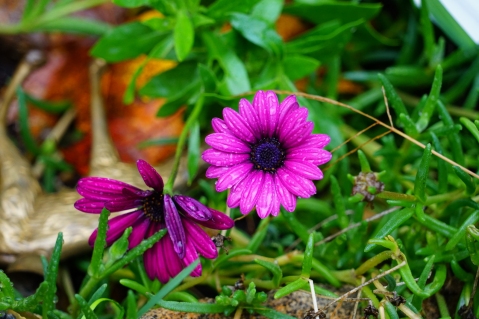 Of course, as with anybody who likes art, I appreciate all of this different creations, some more than others. His paintings intrigue me — as I am sure he wanted it to be.

Quite the man, again at so many different levels and angles.

I did NOT know that he was baptized, in Málaga, Spain, as (and wait for it): Pablo Diego José Francisco de Paula Juan Nepomuceno María de los Remedios Cipriano de la Santísima Trinidad Ruiz y Picasso. Wow. That is impressive. Wonder whether he, ever, remembered all of those names. I did a quick, cursory search to find his original birth certificate or registration, but failed. I am sure it is online, somewhere.

Oh! And in case you were wondering, ‘Pablo‘ is ‘Paul‘ in Spanish. That was easy enough.

Some Yellows Of The New Hampshire’s 2017 Fall Foliage — October 24.

The reds, as you have seen, stole the show when it came to the New Hampshire 2017 Fall Foliage — one of the better ones of late. But, the yellows are standing out of late. I took these all in Alton and some are indeed from our yard. I took these just ahead of the rain. We probably lost a lot of leaves, of all colors, to the rain — which was hard at times. 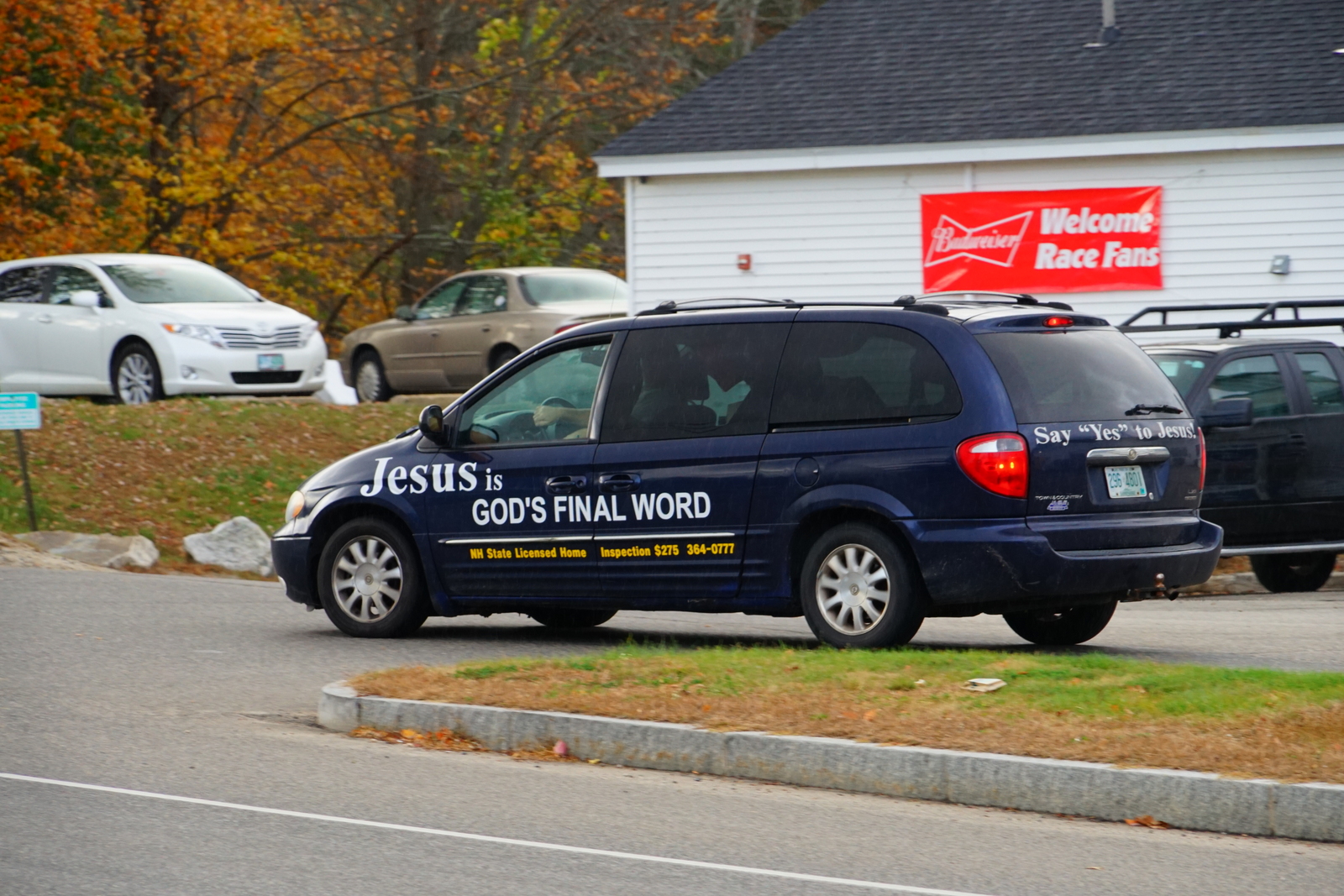 I saw this at the Alton (NH) Circle gas station around 4:10pm. I was across the road taking some pictures so the camera was already at hand.

I tried to parse that message every which way and it still does not make any sense to I.

It makes it sound like God is no more (not that that makes much difference to I).

What about the Holy Trinity? Isn’t Jesus & God one and the same thing?

And then the yellow lettering below that!

Wow. Made my day though.

Plus, how can Bill O’Reilly be blaming God if God has passed the baton onto Jesus? 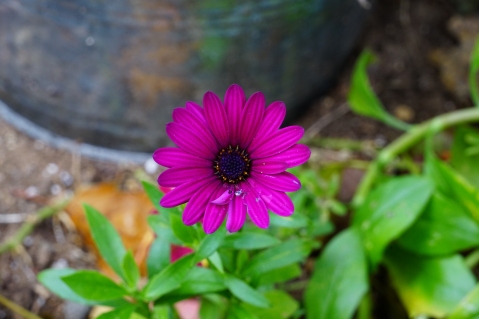 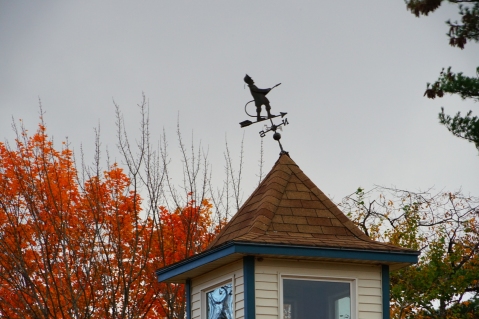