From our local rag, February 25, 2016, “The Baysider”. Click to ENLARGE and read here. Use link below to access the original.

With any election you have to play and WIN by the pre-stated rules.

Superdelegates, whether you like them or not, are very much a part of the Democratic Party apparatus and rules. They feel that the party needs them and the notion and composition of the Superdelegates would have been implemented by the PARTY democratically, following the established parliamentary rules. So you have to abide by them. If you don’t like them get them changed or leave the party.

It is laughable when ANY American complains about proper representation in Presidential elections.

The U.S. does not have a Presidential election that genuinely represents the popular vote.

The 2000 elections highlighted that mightily.

Al Gore got more of the POPULAR VOTE but that did NOT matter.

No different to having Superdelegates.

Ahead of Super Tuesday 2016 have you seen Hillary Clinton’s lead over Bernie Sanders with the Superdelegates apportioned out!

Related posts:
++++ Search on ‘election’ or ‘Clinton’ for many other related posts from past years >>>>

Something Well Worth Reading Before Jumping To Conclusions About Climate Change.

There is MORE to climate change than what most people realize. Very minute changes in the Earth’s orbit, relative to the Sun, can cause big changes in climate. And for all of what scientists claim to know — including what is stated in this article — we know nothing about what the Earth’s orbit was, in precise terms, even 100 years ago. We can only make deductions and then extrapolate as to how the orbit must have changed. Changes in the Earth’s orbit is something that I think about quite a BIT. This article at least acknowledges that orbital changes are happening — all the time. So just think about it. That is all.

Would I Have Bought The New Nikon DL24-85 vs The Panasonic Lumix LX100?

A snippet from (the as ever extremely helpful) DPReview side-by-side comparison. Use link below to access full comparison. Click to ENLARGE and check out just these parameters here.

The Nikon DL series was announced exactly a week after I had placed my order for the Panasonic Lumix LX100 from BuyDig.com. Yes, I had heard the rumors but Nikon did not really figure in my choices — the only brands I was seriously considering having been Fuji, Olympus and Panasonic.

Should I have waited for the Nikon DL? I don’t think so.

Why? First and foremost SENSOR SIZE. It is like trying to overcome an addiction. I really, really do want to get away from 1″ sensors. That is like the #1 goal in my life! I know it is sad — when sensor size becomes the most important goal of your life. So that alone would have been enough for me to discount the Nikon.

And then there is the availability. June 2016? In my world that is the lifetime away. I would probably have taken over 6,000 pictures with the LX100 by then!

So right now I have no regrets. Whenever I see stuff about how good the Nikon DLs are I just remind myself, 1″ and in this case SIZE matters a LOT.

She can’t resist climbing rocks and trees.
She has clamoured up these same trees and rocks
for the last four years. 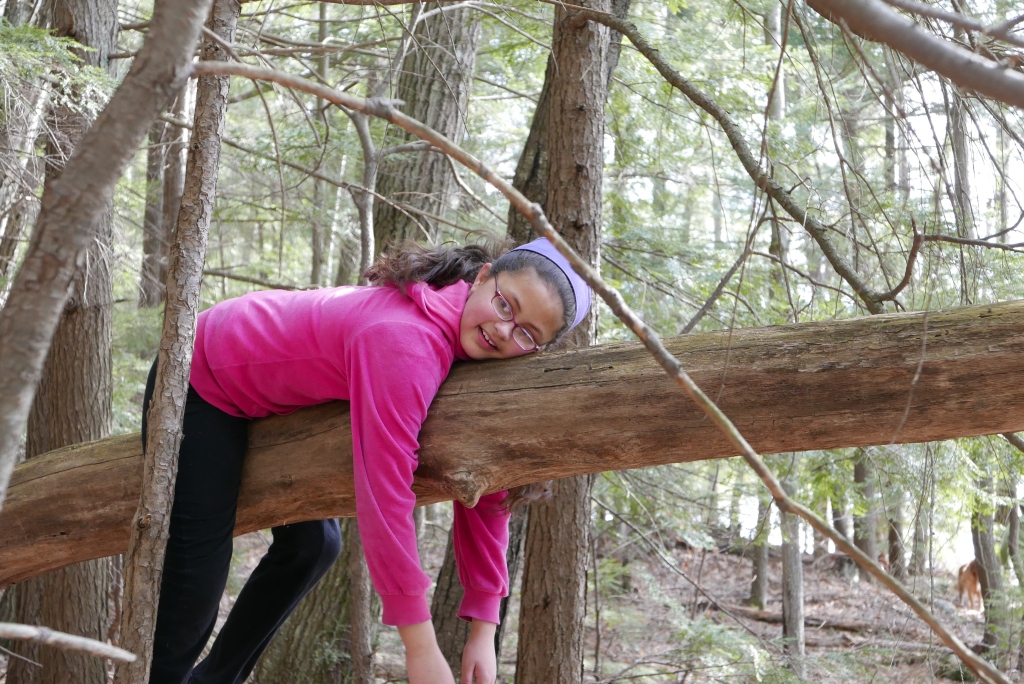 Google’s blurb for the Doodle
which is been shown nearly Worldwide
— with India an exception
(where an Indian actress is being honored).

Sunday, February 28, 2016 having been the last day of February school vacations I took the kids to the 6:30pm showing of “Kung Fu Panda 3“, in 3D, at the “Regal 10” in Concord, New Hampshire — after over trip to Knight’s Pond. I like “Kung Fu Panda”, so I was glad when Teischan chose it out of the list of movies we told her were showing ‘locally’.

It was, as I knew it would be, brilliant. Exactly what a ‘kids’ animation is meant to be: entertaining, visually LAVISH, lots of action, funny, cute, adorable etc. etc. The quality of the rendering is breathtaking. So much detail. The artwork, even with the credits, is WORLD CLASS. 3D used judiciously but with flair. They even did the credits in 3D — showing 3 layers. Very clever. Definitely two paws up. Definitely worth taking the kids — and YOU will enjoy it too.

See this post for resolution details for the LX100.
NO post-processing whatsoever.
Straight JPEGs from the camera. 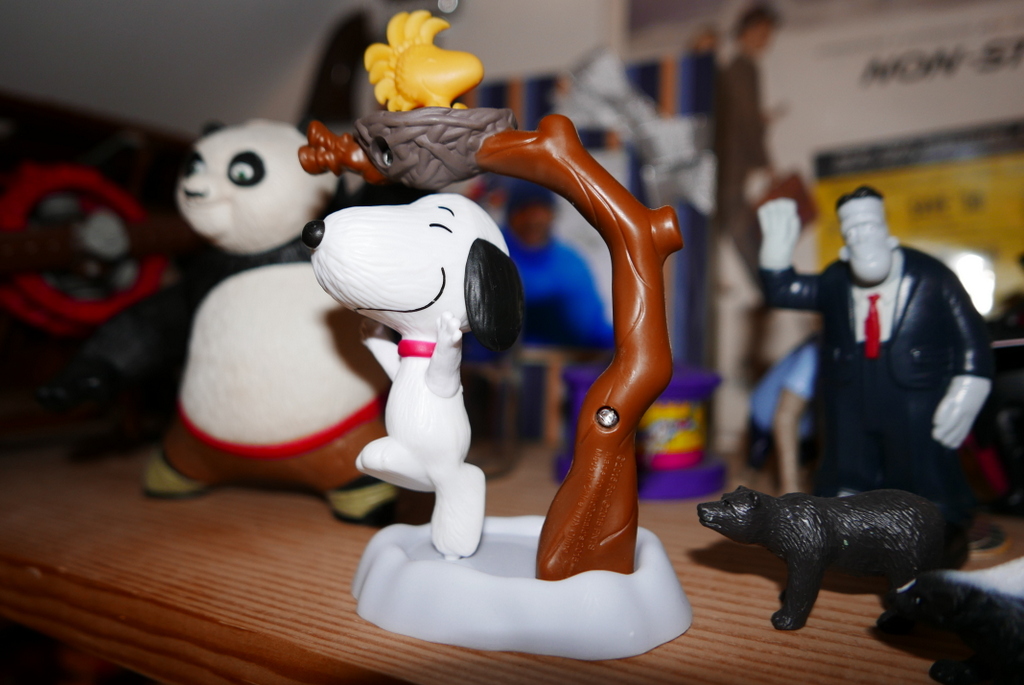 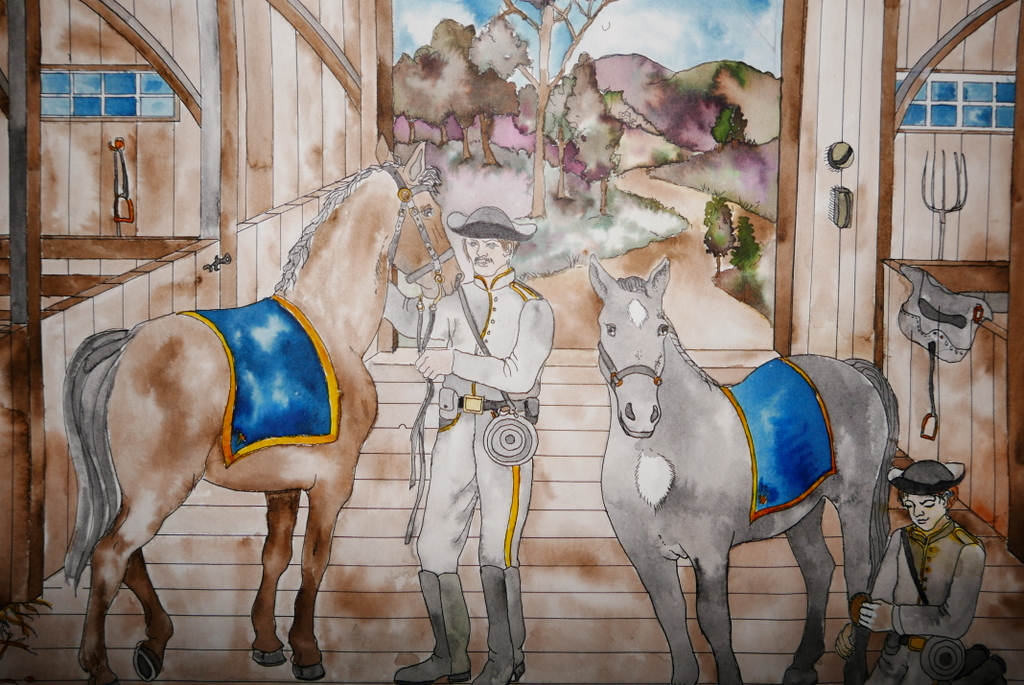 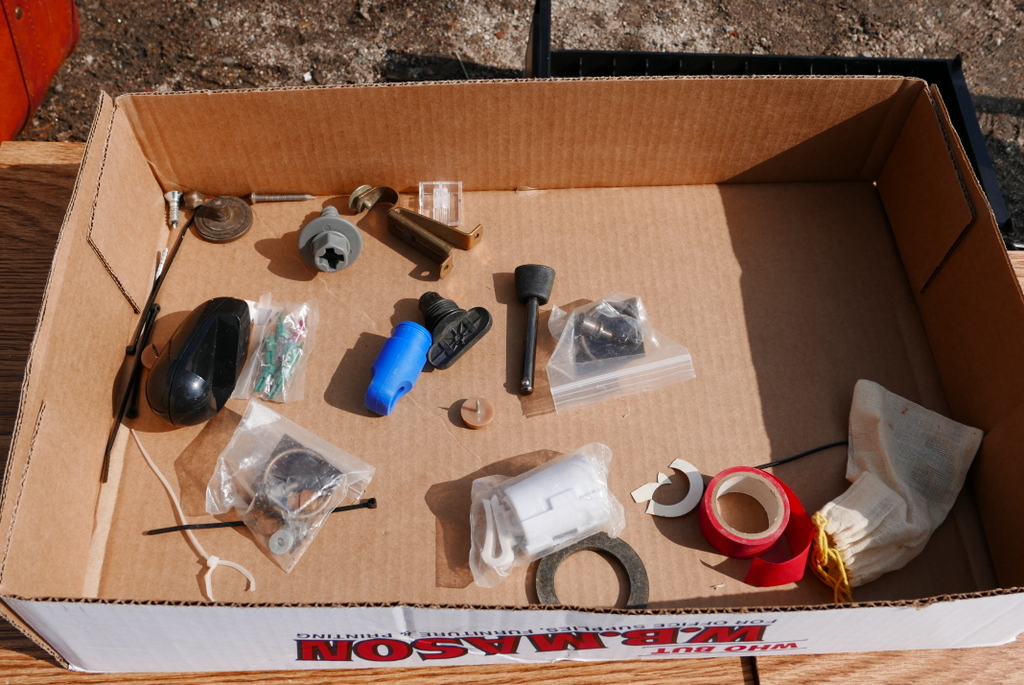 Check this post for about “Knigh’s Pond“,
Lincoln, New Hampshire.

These, like the above, were also taken
with my new Lumix LX100. 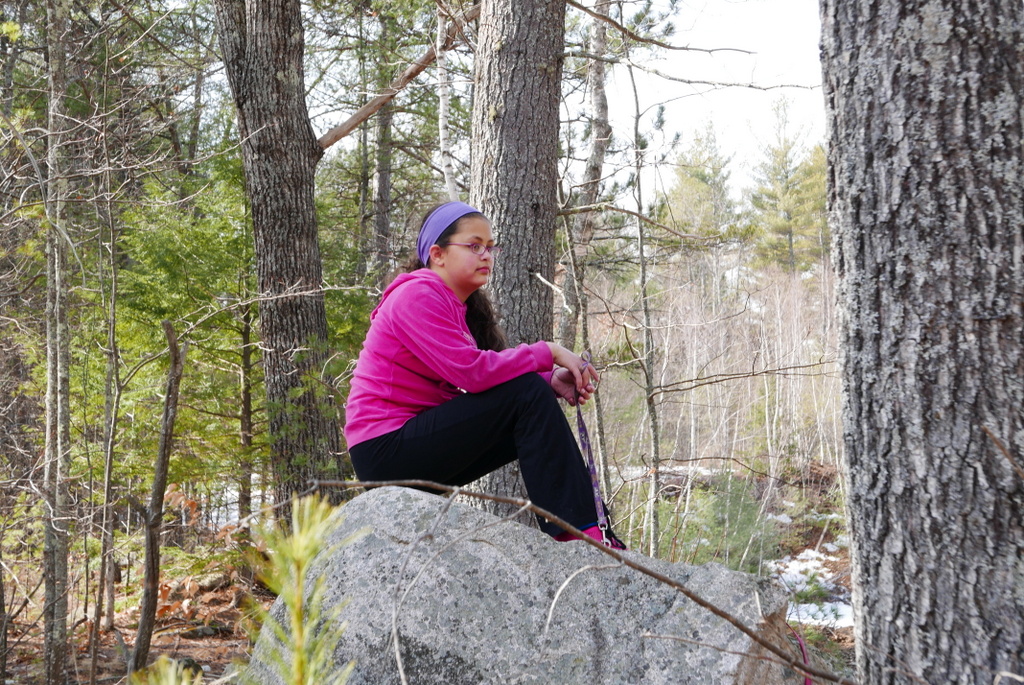 Knight’s Pond, a Conservation Area
in Alton, New Hampshire,
is off Rte 28, going towards Wolfeboro.
on Rines Road. See this post for directions. 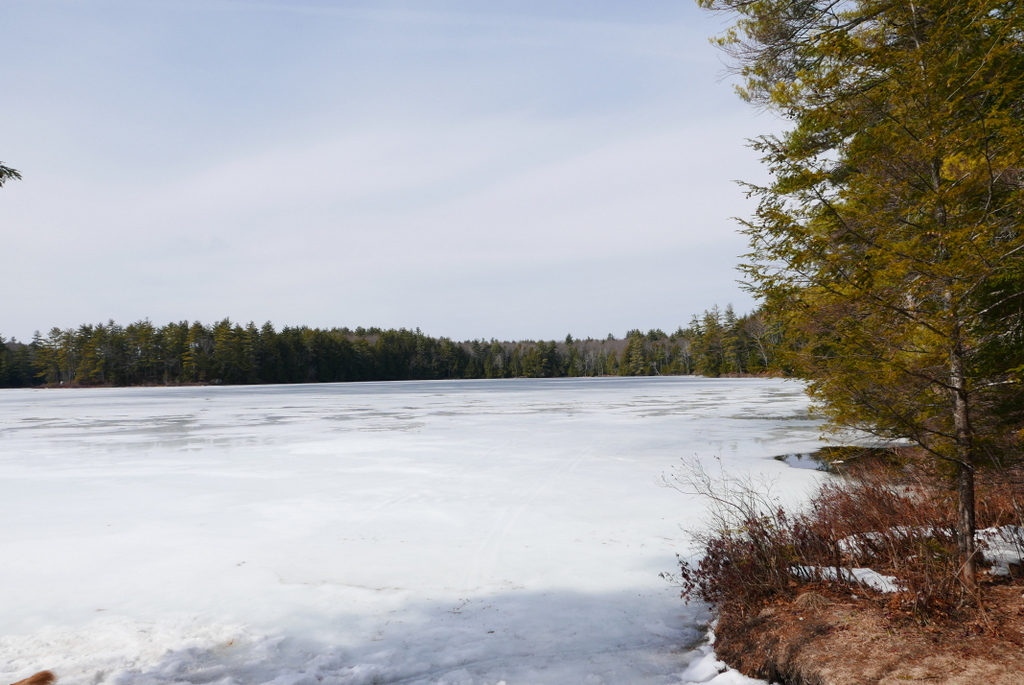 We had discovered Knight’s Pond in 2011. The two Goldens loved it. Being able to swim in the pond while we walked alongside on the path. It is a nice isolated location, rarely (if ever) crowded, and the trail is far from taxing — the sections with elevation, far apart, and easy to negotiate.

Deanna wanted to go for a hike on Sunday (February 28, 2016) given that the weather was going to be exceptional — at least in the high 40s Fahrenheit. She suggested Mount Major but I pointed out that it might be too tricky given that there would still be a lot of ice around. So I countered with Knight’s given that any slipperiness was not going to be a major issue. Yes, dogs through the ice was a potential problem and sure enough we did have to rescue Braxton — though it wasn’t serious since it was at the shoreline (as opposed to the middle of the pond).

There were in total four other ‘groups’ there and that is nothing given the vast size of the place. We basically had the place to ourselves which is what I had expected. There were some long patches of slush and ice but it wasn’t hard to negotiate. It is very scenic with interesting trees, rocks, fungi and vegetation.

In our previous visits (as is not that unusual for New Hampshire) we have savored the solitude and tranquility.

Not so on Sunday. There is (inexplicably) a shooting range next door and they were going full bore with automatic fire. You felt like you were in a war zone. That is a crying shame. Yes, it detracted but it is not a major blow for us. We live in the woods and we are surrounded by the ‘sound of silence’ and birds most of the time. Just feel bad for those coming to Knight’s on a weekend hoping for some peace and quiet. These two YouTube videos, which I shot for the SOUND (and not for the scenery), will let you see what the noise is like. Get the word out. Don’t let folks go there on a WEEKEND and feel that they wasted their time. Shame.

With it being so warm and inviting we decided to go to Knight’s Pond,
in Alton, on Sunday, February 28, 2016
— the last day of the February school vacation.

We knew that there was a risk of a dog going through the ice.
Deanna had the ‘electric’ collars on them.

Well Braxton was too quick. But it was fine.

Devanee, to my amazement, jumped to the rescue.

I had the camera in my hand.
She was already on her hands and knees going across the ice.
I have done this before.
So I waited in case I had to go to get them both out.

It was fine. Life in New Hampshire. 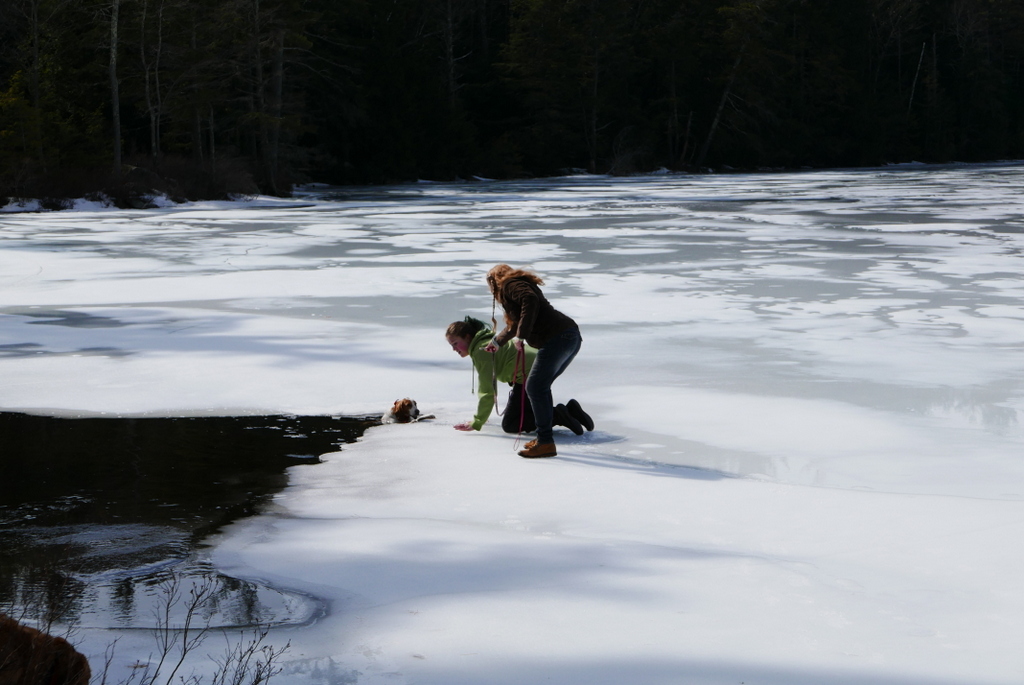 My Dream Camera, The Fuji X-T2 Is Going To Be For Real — I Am Psyched!

This is like a bespoke camera — made just for ME.

Fuji really should make one with a note that says: “Made Specifically For Anura Guruge”.

I have been dreaming of this camera since November of last year.

After a ton of research last year I finally concluded that the Fuji X-T1 is the kind of camera I want — I want full manual controls, a good Electronic Viewfinder and a large sensor. The only thing that kept me from getting a X-T1 was the 16MP resolution. I could have got away with it BUT I really would have liked something in excess of 20MP since I plan to keep this camera for at least 2 years (as opposed to the year or (much) less which is my current norm).

When they announced the Fuji X-Pro2 with the new, 24.3MP sensor I knew that a X-T2 would be on its way — in 2016. And now there is growing confirmation. September availability would be just perfect. It will, as has been my practice over the last two years, be my birthday present camera. Yes, I suspect it will be priced close to $1,900. So I better start saving. SMILE.

So this is great. Funny thing the control layout of my 1 week old Panasonic Lumix LX100 is pretty much identical to what I will find on the X-T2. That should be handy. Given that I have already taken over 800 pictures with the LX100 this layout should be, pretty much, second nature to me come September.