Furor Over GoDaddy ‘Buddy’ Commercial Is Exactly What It Was Meant To Do — And Is Misplaced.

As I pointed out yesterday GoDaddy did NOT make this commercial without realizing that they would get some people riled. GoDaddy is never that naive. GoDaddy, when it comes to marketing, is one of the most savvy operators out there. They are ruthless and provocative. GoDaddy knows that a commercial that creates a controversy will get them much more publicity, FREE at that, than a brilliant, non-controversial ad that will get forgotten within 72 hours.

I know GoDaddy and I know them well. I am one of their longest standing customers. I have been with them for over 14 years. So I have seen how they operate.

GoDaddy knew exactly what they were doing.

And they got the reaction they wanted.

All of this hand wringing, in the media, social and otherwise is EXACTLY what they wanted.

So GoDaddy won, as they always do.

Anybody who thinks that they taught GoDaddy a lesson is being rather dense. GoDaddy, as always, is laughing all the way to the bank.

So the best thing you can do, if you really found this commercial upsetting, is to say nothing.

That is NOT buddy. That is Monty the Golden we lost and that is MY shoulder. “A Pup Is NOT A Toy” book was written because of what happened to Monty. So we can relate to Buddy.

Then there is the whole issue about puppies being sold online and so called Internet puppy mills.

Anybody who is familiar with this blog or with me will know that I am an absolute sucker when it comes to dogs. Just do a search of this blog for ‘puppy’ or ‘dog’. My devotion, love and commitment to dogs is beyond reproach. A day doesn’t go by when I don’t spend time with a dog, most days with my two who I take running, off leash, for 45 minutes. And then there is my love affair with Goldens. I have had at least one Golden, without a break, since 1988. 27 years of Goldens. Maya is my 6th Golden. GoDaddy’s Buddy is a Golden too. So there is NO WAY that I will condone any kind of mistreatment of a dog, let alone a Golden.

But, you have to be reasonable. Most people have to buy a puppy from somewhere — and TRUST ME on this, trying to buy a decent Golden is not easy. We know. Plus most breeders have to sell their puppies. So none of us can’t complain about puppies being sold. If puppies are being sold it really doesn’t matter as to how they are marketed. So to blame Internet puppy sales as immoral is wrong. We got Braxton on the Internet. Yes, he was supposed to be a Rescue Puppy, but we still ended up paying $350 for him. We bought him over the Internet. Of course I am dead against breeders who mistreat dogs and puppies. That is criminal and they should be treated as such. But, I do not agree that you can complain about puppies being sold on the Internet.

This dog, who I adore, a Great Dane – St. Bernard mix, was bought over the Internet. So crying foul about selling puppies on the Internet is not fair. 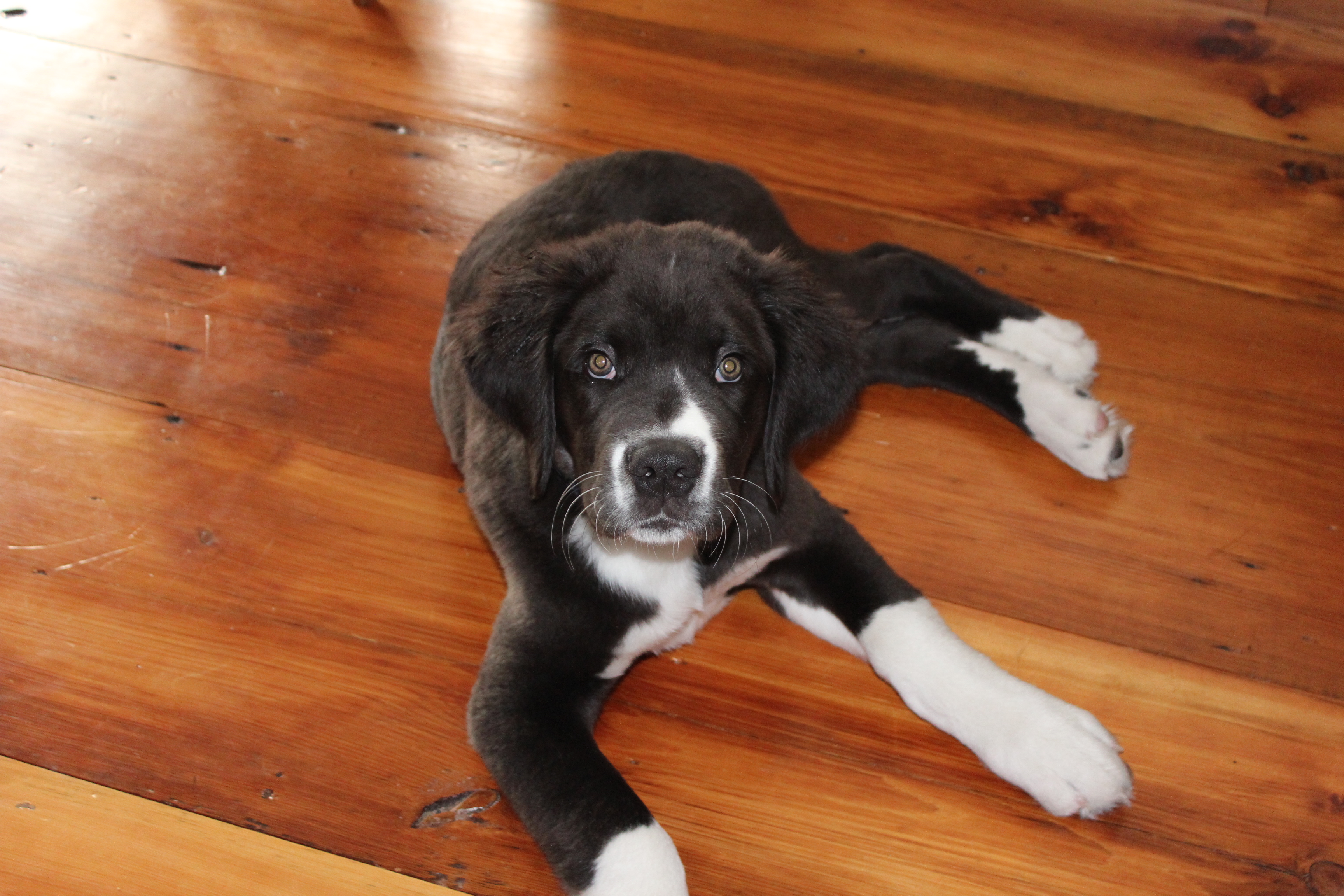