Royal Baby, George Alexander Louis. I Had A Hunch About ‘Louis’. I Am Delighted. Another Of My Heroes.

From my all time favorite newspaper, the one and only, the great, U.K. Daily Mail. Click to access Daily Mail original.

I had an inkling that ‘Louis’ was going to be in there in some way.

I like the whole name, but am very gratified by the ‘Louis’ part. Yes, most Americans don’t know him though he was, of course, Supreme Allied Commander, South East Asia Command (1943-1946).

One of my heroes, alongside the likes of Churchill, Mandela, Tutu, Montgomery et. al.

I never met him though we both lived in the same state, Hampshire, prior to his tragic assassination by the cowardly, dastardly IRA.

There is a Ceylon connection. He moved the South East Asia Command headquarters to Ceylon (Kandy) in August 1944.

He used to stay at this hotel, Mount Lavinia, just south of Colombo, on the coast.

Obviously, if you know your history, he was the Viceroy and Governor General of India during the period of Independence. He is the one who created Pakistan. Yes, it is also true (and I have never been able to reconcile this) that it was during this time that my other hero (and dinner guest at our house), Jawaharlal Nehru, was having a very open affair with his wife. The Mountbattens with Gandhi, 1947.

The absolutely breathtakingly beautiful, Mountbatten Estate, in Romsey, Hampshire — just 4 miles from Hursley (where I worked for IBM). One of my favorite destinations.

Link will be updated after July 25, 2013
for access from the Google Doodle Archive.

Here is the Wikipedia entry.

This was the proposal to give the Superintendent, William Lander, a means to accrue sick pay (up to 30 days) though this was not in the 3 year contract that he, amazingly, managed to finagle through this dysfunctional board.

I want you to watch exactly what happens. It starts at the 1:32 mark (1 hour 32 minutes into the video).

The issue here, as Steve Miller, repeatedly points out is very basic and simple.

The Superintendent, William Lander, extracted an unprecedented 3 year contract from this Board. This sick pay benefit was NOT in that contract. Lander still has 2 years left of his contract.

So what Steve Miller is saying makes so much sense. Lander did not negotiate this as part of his contract. Now he is coming back, through the back door, with AN ADDITION to the contract.

Now as I have said before Lander owns this Board!

That even comes up. The Board won’t ask Lander to leave the room while they discuss his benefits!

This board is dysfunctional.

Also watch and notice that at least 2 members have GREAT DIFFICULTY trying to figure out how this addendum to the contract can be incorporated once the remainder of this existing contract has run out in 2 years.

This is the problem of having amateurs controlling multi million dollar public funds.

Two of the members, from what is in the public record, appear to have issues managing their own finances. But, they monkey around with public funds.

Watch how the voting proceeds. Watch WHO seconded Terri’s, immediate, without discussion, motion to APPROVE this bonus to Lander.

This board has to be held accountable at some point.

Steve Miller cannot fight all these battles on OUR behalf on his own.

Aerial Photographs Of Our House From Shane Selling’s ‘Ever So Cool’ Hexacopter. 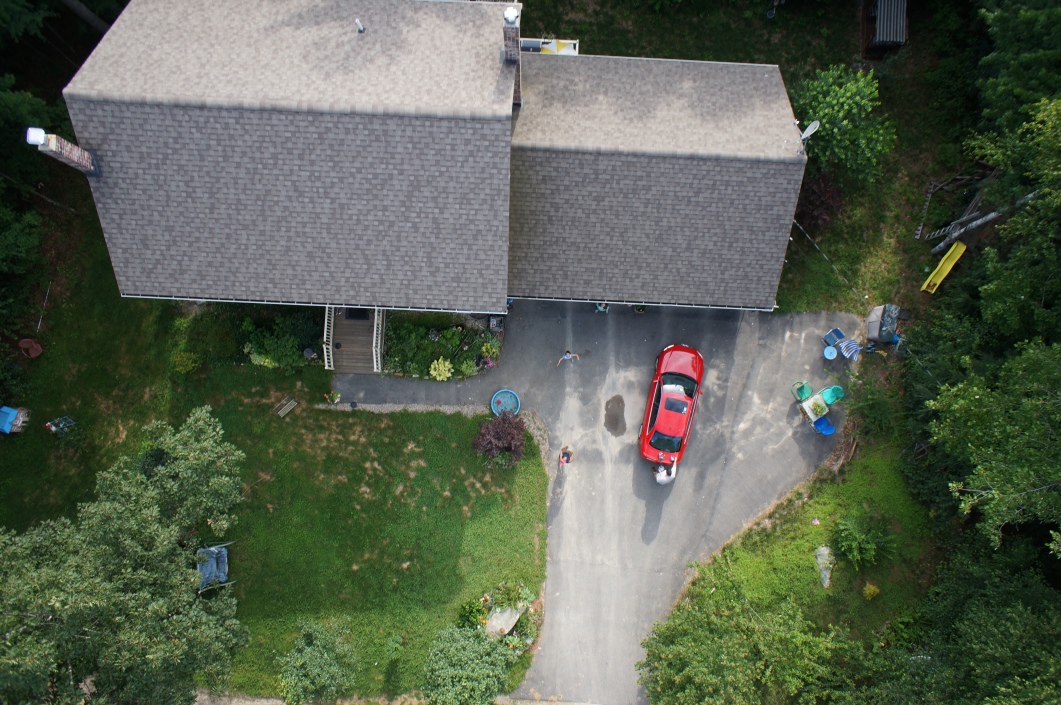 We had read about him in the ‘Laconia Daily Sun‘ but got to meet him at the ‘Laconia Airport Open House‘ on June 8. I convinced Shane to come and take some aerial pictures of our house and also to check out my PC — given that he is an high end computer specialist. So, that is how this came to be. It was very cool. We had a lot of fun. Thanks Shane.