Me On ‘Google News’ Update, Since This Is For Posterity.

Related post:
Me On ‘Google News’ Yesterday,
The Day The Pope Got Elected. Posting This For Posterity
— March 14, 2013.

I have had more interviews, Thursday and Friday, March 14 & 15, post the election of the pope. Canada’s ‘Global News’ that featured me quite a bit this past week had another article quoting me at the start. I did my first real press interview in 1983 when my first book, ‘SNA: Theory and Practice‘, came out. Since then I have realized the obvious advantageous of striking a rapport with reporters. They have a hard job. They are continually facing dead-lines. They don’t have much time to do all they have to do. IF you are nice to them and help them out, they invariably give you ‘star’ billing. So, I have had 30 years to work on this.

I had my second interview with ‘The Citizen’, from Laconia, yesterday, at home, at 4pm. Same reporter as last time. John Koziol. As I said then, he humbles me. A very impressive writer. It was an uplifting interview. He knows how to ask questions to draw the subject out. That is fun. Keep me on my toes. I am on the front page, right at the top, of ‘The Citizen’ today. This is what makes John so amazing. He didn’t leave here till 5:30 pm. But he still filed the story. Impressive.

This is for the grand kids, if I get any.

Amazon (U.S): I Cancel All My ‘Awaiting Shipping Orders’, In A Huff, And Decide To Take My Business Somewhere Else!

I have regularly sung the praises of Amazon on this blog — example 1 & example 2.

Over the last decade or so I have had a very involved, intricate and intertwined relationship with Amazon. In 2011 I ditched lulu.com (with whom I had been since 2003), AuthorHouse (through whom I published my first pope book) and Lightning Source (through whom I published my second pope book) and started using Amazon’s CreateSpace as my exclusive book publisher. I have published 4 books with them. I only publish my eBooks in Amazon’s Kindle format — and as some of you know I published 3 Kindle eBook in 10 days during the papal sede vacante. I have 3 Amazon credit cards, the latest with 0% APR on all transactions for a year. I am an Amazon Associate (and have been for years) and have an Amazon author page. Over the last 7 years or so Amazon had become my automatic, Pavlovian first port of call for all online shopping. Since I do all of my Christmas and birthday shopping on Amazon, not to mention all the books I buy in a given year, I have to confess that I do over a $1,000 of shopping with Amazon a year! But, Amazon has been good to us. We have never had any issues with returns, billing or charges. Returns with them have been a joy. Publishing with them, whether via CreateSpace or Kindle, has been relatively pain free.

But of late I had noticed a little wrinkle. At first it didn’t bother me. This week, however, it came to a head and today I cancelled about $89 worth of ‘awaiting shipping’ items — yes, in a huff.

I know how Amazon works. If an item is available directly from Amazon I ALWAYS order it from Amazon as opposed to somebody selling through Amazon. (Yes, that also entitles me to the Free Super-Saver shipping). PLUS the deal is that if it is being sold and shipped by Amazon — they have it in stock and will ship pronto. And yes I also make sure that it is in stock BEFORE I order.

It is Teischan’s birthday March 22, as is the case every year. Suffice to say with the pope’s resignation my life had been crazy as of February 11. Though I had already got her her main present, a Windows 8 laptop, I hadn’t got around to ordering the ‘small’ presents, mainly Lego and craft stuff. [I buy all my laptops, refurbished from TigerDirect. I have had great luck. This one was beyond a steal. It was a giveaway. Just happened to catch it. Had just been posted. Only had one.] On Tuesday, March 12, 10 days ahead, with the conclave just about to start, I had a few minutes. Jumped on and ordered 3 Lego kits and a bunch of craft kits. As I was ordering Amazon kept on telling me that I could have them by March 20. Perfect. Had free Free Super-Saver shipping on all of it. Amazon automatically charged the order to my 0% APR credit card. Doesn’t get easier than that.

That same day I had David Nix, a Belmont computer expert, come by to take my main PC apart and tighten all the fans — it has 7 fans. David found that one of the back fans wasn’t working. Yes, I could have ordered from TigerDirect. Yes, I have a TigerDirectt Preferred Account that also gives me 0% APR credit! [What can I say.] But, I went with Amazon. I ordered 3 fans, to be on the safe side and two (spare) cables. Again I was told that they would be available by March 19 – 20. So much so that David penciled it in to come here next Wednesday to install the fan.

On Thursday, i.e., 2 days later, I checked the orders. Only 2 items had shipped — one item from each order. All the others were ‘Awaiting Shipment’ with no ship date. I checked again last night. Ditto. Nothing had changed.

Googled ‘it’ this morning. I am not the only one who had noticed this. Seems it is a scam. It is BECAUSE I had asked for ‘Free Super-Saver shipping’! Well Amazon, screw YOU. I cancelled the orders.

I will go buy the Lego kits at a brick-and-mortar. I will order the computer stuff from TigerDirect. I will buy my books from BAM!

So there. It is a shame. I like Amazon. I wish they hadn’t pulled this little stunt with me. Live and learn.

Barnstead to their credit did have a ‘Pi Day’ event replete also with pies for those that get hungry just thinking about math.

Though the new pope, who was in my published list of top 10 picks, was elected the day before, life continued to be crazy for me with interviews and Web updates. So I got Deanna to take the kids. They went. They like it. They were impressed. They had fun. They learned a few things. Teischan got to do some of the Grade 6 puzzles. She was thrilled. It was good. Kudos, Barnstead.

On the other hand, in Alton, Deanna got told off, in public, for asking on the ‘Alton Central School’ (ACS) Facebook page whether ACS had any plans for pi day. Yes, she was chastised. Why? Because she had done it via Facebook! She was told that matters such as that need to be dealt with by telephone. How quaint. Even the pope uses Facebook and Twitter and ACS demands that you can only ask questions via the telephone. I don’t know who actually told her off. I think it was the administrator of the ACS Facebook page. I don’t use Facebook. So I don’t see this stuff. Deanna thinks it was the Principal that told her off (but it could have been the IT ‘dept.‘) — and said that she should have telephoned the person responsible for curriculum. Wow. Talk about being officious. I wouldn’t have thought that having a pi day was really a curriculum issue. But, what do I know. If it was the Principal that told Deanna off I can fully understand. She has told me off too. Yep, well and truly put me in my place. Made me squirm and suck my thumb. Well, Deanna is not happy. She is not sure why ACS has a Facebook presence if you can’t actually ask bona fide school related questions. C’est la vie. I guess the best thing in future is to send all questions in writing, in triplicate, to the Superintendent, by certified mail. Will do.

But, back to BES. Here are some pictures that Deanna took. 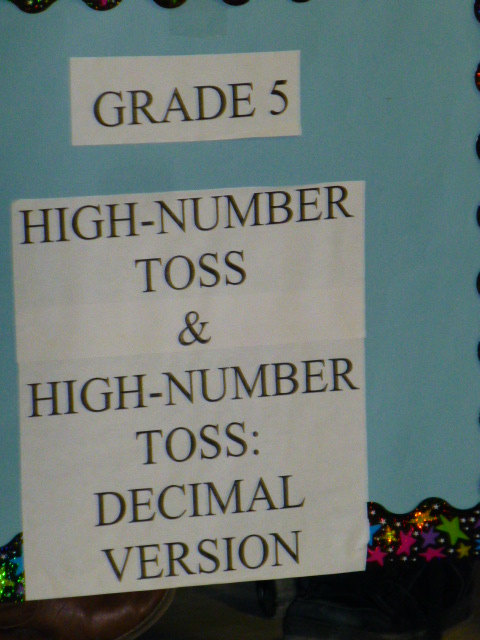 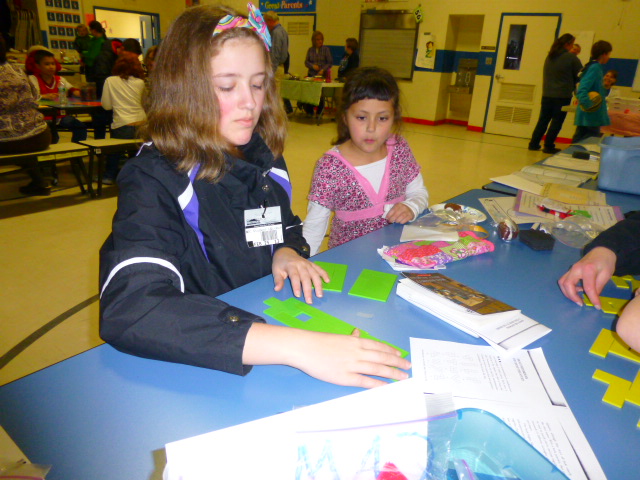 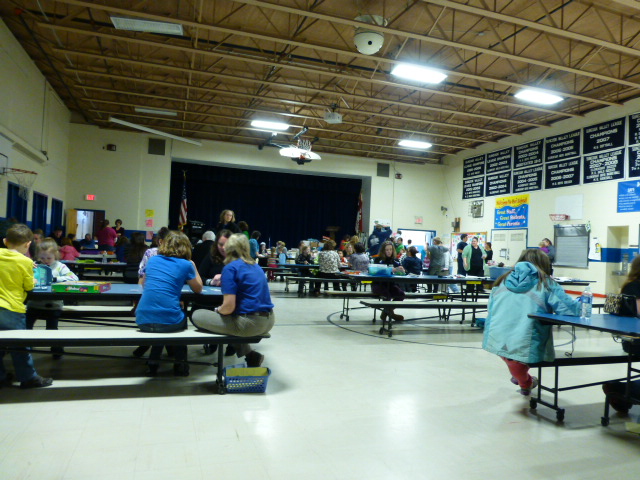 Avast Internet Security Ver. 8: I Am Not Happy And I Have Used Avast For 7 Years (+).

Thursday evening Avast!, my antivirus, firewall and ‘internet security’ product of choice, started popping up its annoying, pesky blue boxes saying that I have to update my program (i.e., the software). I get virus updates a few times a day.

I had been at Version 7 for quite a long time and was reasonably happy — though about a year ago there was a nasty hang.

Then without any warning it upgraded me to Version 8 with a new user interface.

Worse still, without giving me a choice, it installed Chrome! That was a no, no. I was not happy. [Since then, in last 7 hours, they have updated their installer and it now asks whether you want Chrome. I guess they must had faced an uproar.]

It took the LONGEST time to install — and this is a i7 4 core machine with 12GB of memory. Most things are fast on this. I guess it took so long because it was installing the latest version of Chrome.

But, after the lengthy install all seemed OK.

This morning Avast Ver. 7 on Devanee’s laptop stopped working! I tried the usual tricks. No luck. We had to go to Bedford so we were in a rush. I powered up this PC to get another copy of Devanee’s Avast license.

When I did that, I got a SCARY blue pop up jump at me saying that Avast wanted to update my Adobe Acrobat Reader. Whiskey, Tango FOX! I don’t want Avast to update anything other than itself! That is intrusive and obnoxious. Avast has gone down a few stripes in my book for that little trick.

Yes, worked out how to turn that DANGEROUS feature off. On the ‘homepage’ icon-based interface (at top above), click on ‘Software Updater’ and then click the STOP button. That disables that stupid feature.

It tries to do too much. I hate that.

Just do what you are supposed to do. I used to be the biggest fan of ‘System Mechanic‘ for years. Then they went down this route. I uninstalled it, on all our PCs, and have never gone back.

We have PAID Avast Internet Security on 5 PCs. Avast, other than a few spectacular screw-ups over the years, has been good. I know that it is good at intercepting bad things.

But this was real annoying. To exacerbate matters, I had to uninstall Avast 7 on Devanee’s PC and re-install it again. So, I was not having a good day with Avast.

The Chrome thing was ironic. I obviously did not have Chrome on this PC. I had been meaning to get it. But, I knew it would take some time. I now have it. I have played with it a few times since Avast installed it! Yes, I plan to migrate to Chrome. I have had it with FireFox too. I am very patient with software that I like, but there is a limit. I have used FireFox for 12 years. Avast for at least 8. But, when I get exasperated, that is it.

If you get Avast 8, make sure to go through each feature, individually and then on the ‘Settings tab’, and disable as much as you can.