Digging Into What Is Happening To Alton, NH Tax Base. Gone Down $180 Million Since 2008.

I had looked at this once before in mid-December 2012 using data I got online from the State.

This week I went and got some data from the Town. Thanks, folks. That was excellent.

This is what they gave me.

I can’t look at numbers unless I throw them into a spreadsheet and do a bit of crunching.

This is what I got.

I have been paying property taxes in NH for 27 years — sometimes in multiple towns. I know how it works quite well.

In 1987 I nearly got lynched in the town I was then living in. They had got a brand new, computer system to do their taxes — their first foray into computers. They had a glitch in it which precluded them from sending out the tax bills. The bills were 3 weeks late. I happened to go to the Town Hall to register a car (or something) and was told about the problem in passing. I fixed it in about 10 minutes. The bills went out the next day! The word got out that that ‘brown guy’ who had mysteriously appeared in town (and who worked for some computer company in MA) had fixed the system. But, the Town Hall, especially the Tax Collector, and all who got paid from the town (like the police), loved me ever since.

In NH, the tax rate and the tax base are connected not just at the hip, but from top to bottom.

Lets say that by some miracle a Town managed to operate on a flat budget over a number of years. If, however, despite the flat budget the tax base went down — the tax rate has to go up to make up for it. If the tax base goes up, the tax rate goes down — provided the budget doesn’t change.

In NH, a Town’s tax rate by itself tells you diddly! It has to be coupled with the tax base — and the formula used to assess property in the town

Take Concord. They have a higher tax rate. I think $24 per thousand. That doesn’t however mean that they pay 1.75 times more in property taxes than Alton. Why? Their assessed value on homes is less. You now have to factor that in. If you take a house assessed at $200,000 in Concord and put it on my lot in Alton (in place of this house), it won’t be assessed at $200,000 in Alton! That is the titer-totter. The snakes-and-ladders as we properly call it back home (and we invented the game).

To me this is but intellectual curiosity. No axe to grind. I have learned over the years not to get excited about changes in a Town assessed base or tax rate. If one goes down the other will go up. C’est la vie.

I don’t really watch any of the local broadcast channels — occasionally suffering WMUR (Channel 9) for weather during the winter. I rely on CNN, MSNBC and CNBC for most of my news and then watch Discover, TLC, Science, Animal, BBC America, History, cricket (x3) etc. and the movie channels for entertainment (invariably all pre-recorded to avoid commercials). So, I don’t notice many changes in the local channels.

HD did not use to be available for NH’s WMUR and Boston’s (very good) PBS station WGBH (Channel 2).

I happened to be looking at the online TV schedule when I happened to notice that ALL of the local station on Dish, for NH, Channels 2, 4, 5, 7 & 9 (and possibly even 11) are now all in HD!

WMUR comes in vividly, in full HD screen size. It was a joy to watch. Ditto Channel 2. Just wanted to make sure that you knew about this.

Dish is funny like that. It really does enhance it service, without much fuss, about once a year.

That we lose service when we have snow storms is frustrating — especially since I nearly drowned in snow on Monday trying to clear off the snow on our two (2) dishes. Yes, we need two dishes because of the ‘International’ cricket channels I get.

Alton, NH, ‘The Baysider’ Does A Small Piece On My Papal Endeavors.

Click to see it on page 2 of the Thursday, Feb. 28, 2013 issue of ‘The Baysider. Tim did a nice job given that he didn’t have much time to work on this. Thanks Tim. Thanks Josh.

I Have A Pope Interview Published In Slovenia.

This was a neat interview. The interviewer spoke perfect English (much better that I do). He also asked some of the most incisive questions, about the papal transition, that I have been asked in the last 3 weeks. He was good. I was impressed. So, impressed that I invited him over – since he had never been to the U.S. and as do so many, wants, desperately, to visit.

Can A 6-Year Old Really Determine Their Gender, Prior To Hormones Kicking In? I Have My Doubts.

I write this as a father of 4 kids: 3 girls and 1 boy, one of the girls a 6-year old, first grader just like this ‘transgender’ child.

I heard this on CNN first thing this morning, but I had to deal with my papal obligations before I got a chance to revisit it.

I have one and only one question. Can a 6-year old (and the parents claim that he/she was doing ‘it’ at 18-months), pre-hormones and pre-ANYTHING (really) make a determination as to gender?

Even the Catholic Church says the ‘age of reason’ is 7.

I have no axe to grind about this particular case.

I just find it strange that such a young child is allowed to select gender.

Other than the basic, fundamental human rights of all children, i.e., safety, comfort, care, protection etc. etc., what other rights do a 6 year old have?

They can’t drive a car, they can’t vote, they certainly can’t consume alcohol legally, they can’t (and shouldn’t) partake in anything that even resembles ‘sex’, they can’t even buy a gun (I think, but I could be wrong on the guns) — BUT they can determine gender.

This is taking things a bit too far.

What roles have the parents played in this? Did they encourage he/she? My mother would have given her right-arm to have a girl rather than me — and I sure don’t blame her. Anything would have been better than me. She dressed me as a girl and curled my hair. Yes, there are pictures of me dressed as a girl (which, obviously explains, why even now, 59 years later I come across so effeminate, as you must have noticed). Despite my mother’s best efforts I never thought I was a girl even before the hormones kicked in around 12. In my case the hormones really did a job. I have stretch marks on my shoulders to prove it. I grew by 4″ in a year, everywhere. Even my eyes grew! That is what shot my eyesight. So, at least give this poor kid another 6 years, yes 100% of their current life, to experience the joys of hormones.

That is all I have to say. I feel better now.

Oh, I would be very upset if Teischan had to use a bathroom with a girl who had a wiener, however little. But, I am old fashioned.

U.S. Cellular 4G LTE Data: Contrary To Map No Service At Our House. Am I Livid?

So this is the map.

To be fair the U.S. Cellular sale rep. did stress that we were on the edge.

Well, the map is WRONG.

Definitely no 4G at this house.

This is a tall house, all 4 stories and my ‘office’ is in the finished attic.

Yes, it load Web pages. But, we can’t survive with that.

Did the same speedtest with out TDS fiber. 15 Mbps. 75x times faster.

I called U.S. Cellular and had also e-mailed the sales rep. last night. Telling me I have 15 days to return — no questions asked. Going to do that.

I have been with them for over 14 years. Close to 15. I am not on contract. So, I can switch my cell phones whenever I want.

So they try and be nice to me — though, in general, U.S. Cellular is nice, helpful and good.

We Got More Snow This Weekend Than From ‘Nemo’ The Blizzard Of 2013. 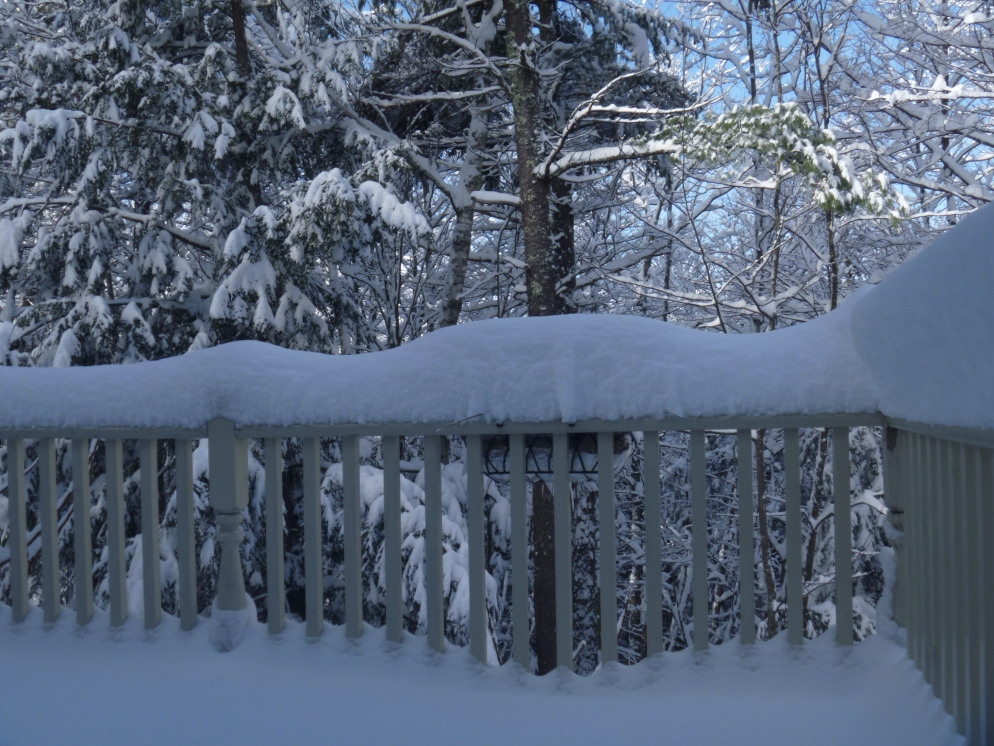 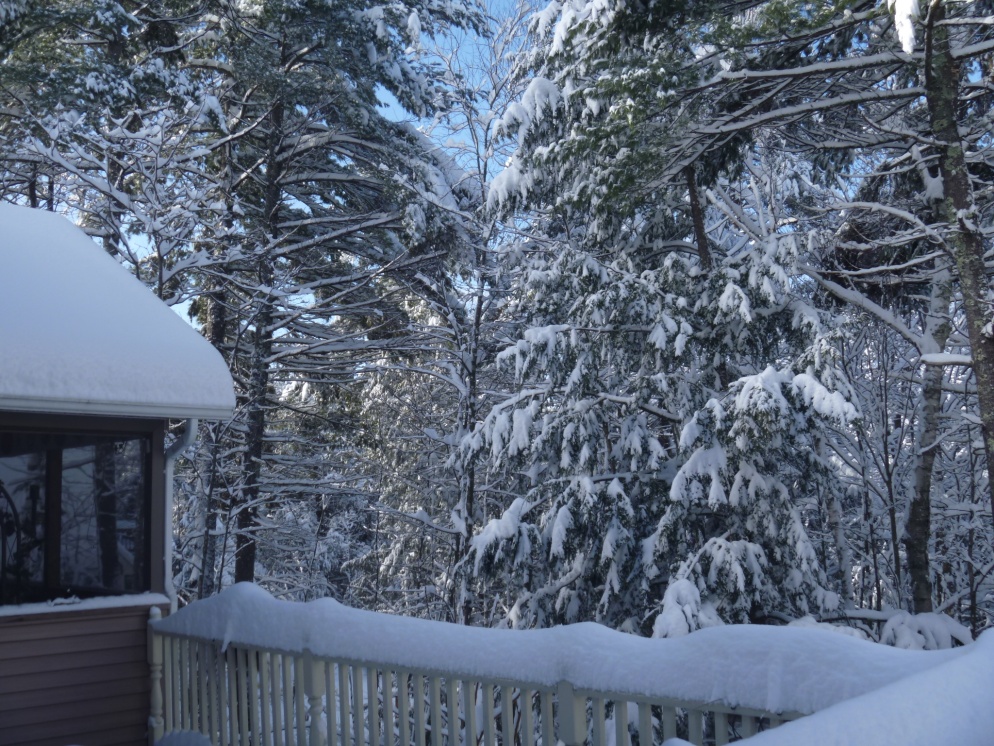 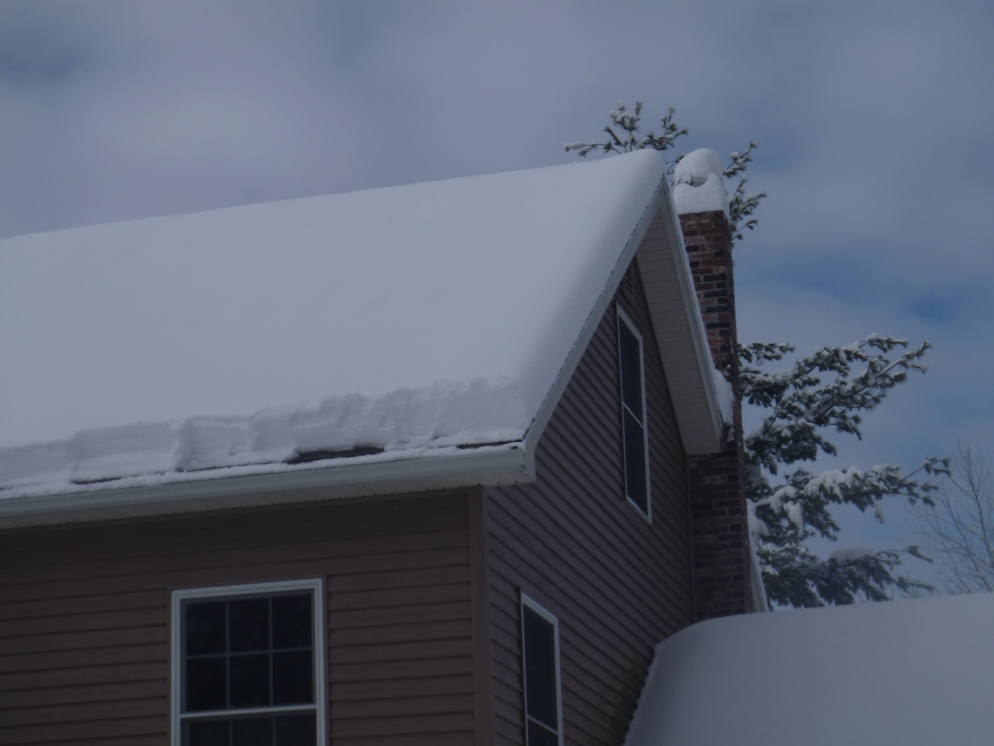 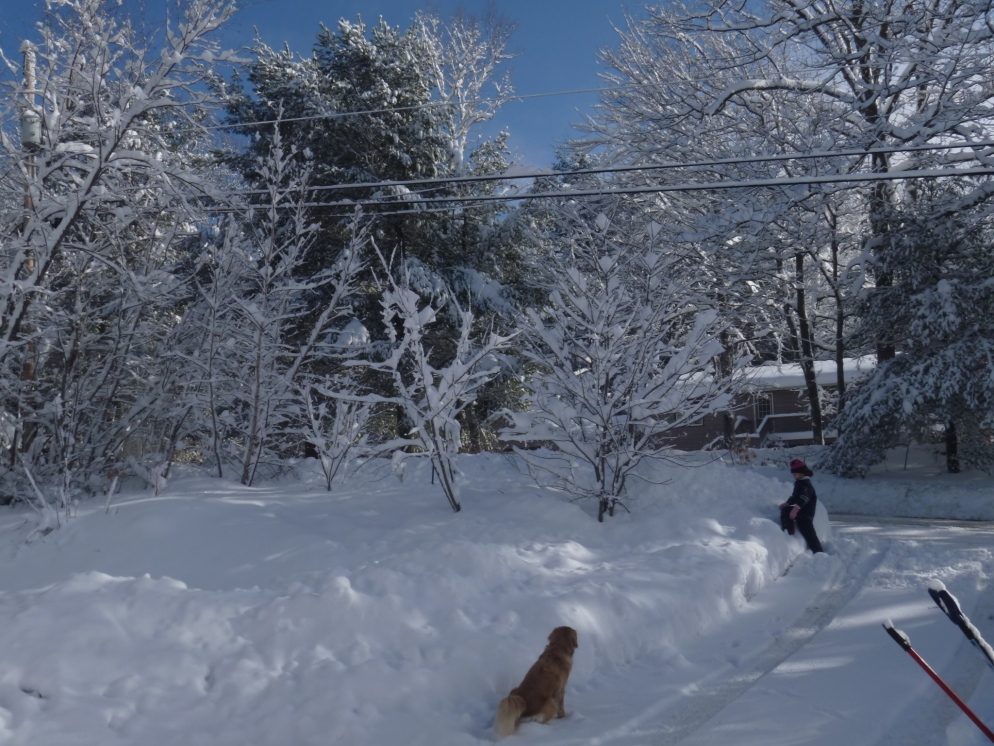 Same spot at the top of our drive in December.

I guess we had a bit of snow. So much for Al Gore and his global warming.