A Bobcat Walked In Front Of I Today — WOW!

This is NOT the one I saw. This is a photo from the Interweb. But, the one I saw was also TALL & gangly. Smaller than this one.

Saw it again 2-days later. Managed to get pictures & a video.

I love bobcats. When we used to visit the ‘Squam Lake‘ ‘Science Center‘ I would spend hours admiring the bobcats they had. Watched one grow up.

Never thought I would ever be lucky enough to see one in the ‘wild’. And then, today. BINGO. Walked in front of me, across the road — about 100-yards ahead of I.

Yes, for the last 2-weeks we had heard reports, from neighbours, that there was a bobcat around & that it had been seen on the road.

Bobcats are about as SMALL as I can tolerate them. Bobcats are so cute. I would love one.

But, I will settle for today’s serendipitous encounter. Made my week.

I have quite the Summer. Close, & I mean close (with it GROWLING at I for coming too close), encounter with a black bear 3-weeks ago. Then this — & I was told that there was a bear on the path that I had just walked. Wow. I won’t even bother mentioning the 3-deer I have seen of late. 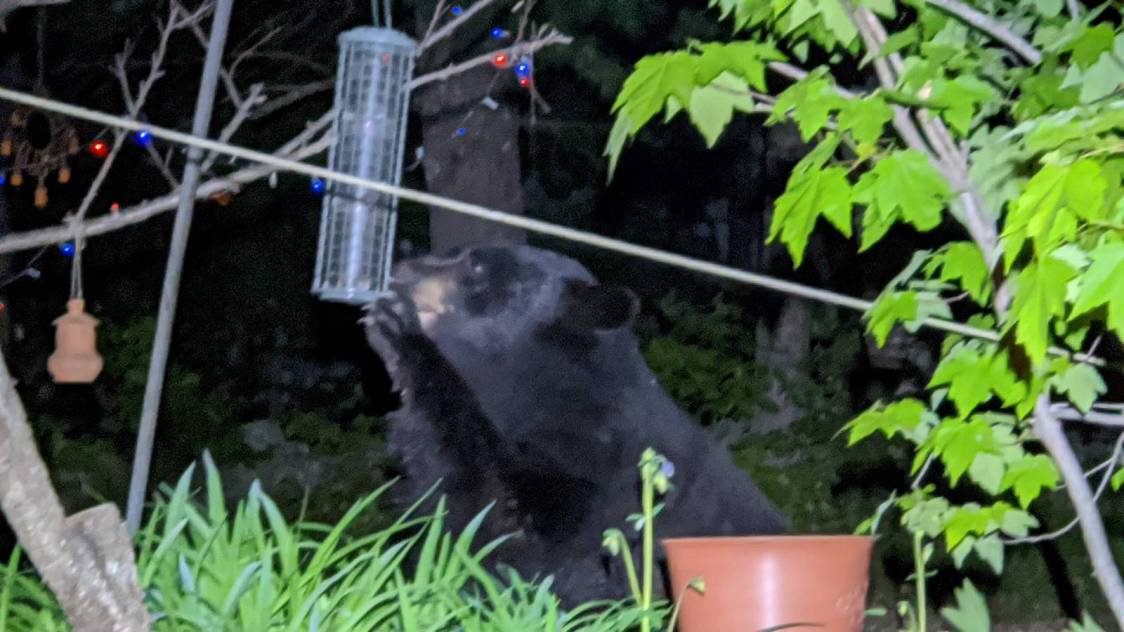