“Popes: 101 Facts & Trivia” Gets A Decent Review From An Amazon ‘Invitation Only’ VINE VOICE Reviewer.

To read the reviews in their original setting on Amazon click here.

What Amazon “Vine Voice” is all about. Use above link and click on “VINE VOICE” button to get to this, IF you want.

This was nice. As he says he is no stranger to my books. I think he reviewed all 5 books too. I have got to know his from these reviews. I pay particular attention to his reviews because he truly knows his stuff.

He reviewed my “Pope John XXIII: Facts & Trivia” book earlier this year. Got a similar caliber of review. So I am happy. People, as I had sincerely hoped, appear to like this book.

Of course we went. We never miss. We went on Sunday, October 12, 2014 — mainly because we wanted to see Roderick Russell in action. And we are sure glad we did. Roderick Russell’s hypnosis show put ‘astounding’ to shame! I am no stranger to hypnosis. Growing up, in Ceylon, I had a hypnotist as a next door neighbor. Roderick, who we had met two years ago at Sandwich, did a WORLD CLASS show. Wow! I am going to do a whole post on it. I took about 120 pictures. It was that good and better. He is an unique talent. A very nice young man too.

It was a gorgeous day. Could not have been any better for this time of the year. Perfect. Goldilocks Day. Just right. Not too crowded, not deserted. Not too cold, not too hot (though I had to shed one layer of clothing). All was good.

Sandwich Fair always delivers. This was grand. We are happy. Thank YOU Sandwich.

I appear to have taken upwards of 550 pictures — not counting some I deleted on the spot. So it will take me some time to get them into forms that I can share.

But for now I just wanted to share these 10 pictures from today with you. OK?

Copyright of these images WILL be enforced. 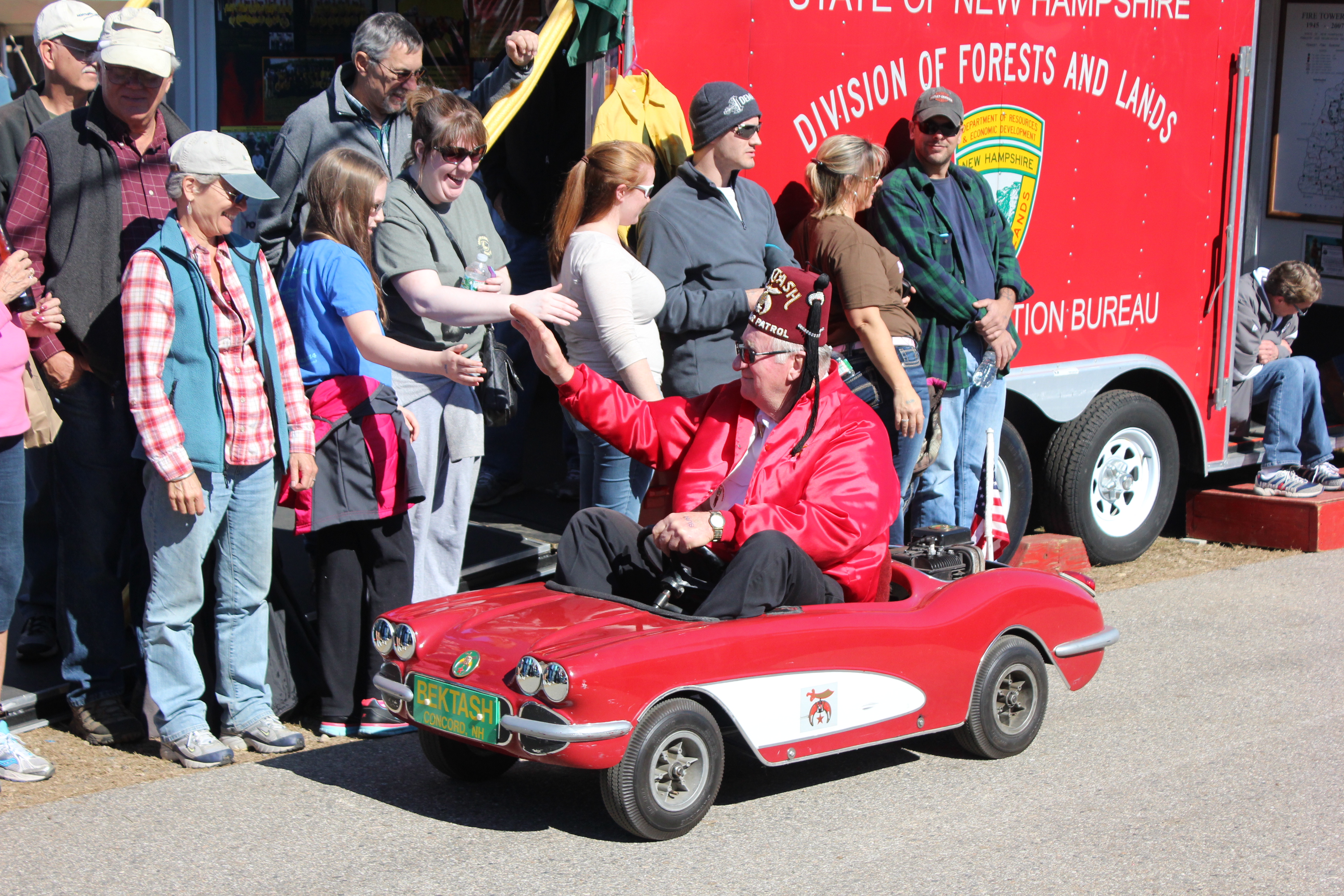 Not sure who she is BUT she seems to be having a ball. I have been told that her name is ‘Teischan’. 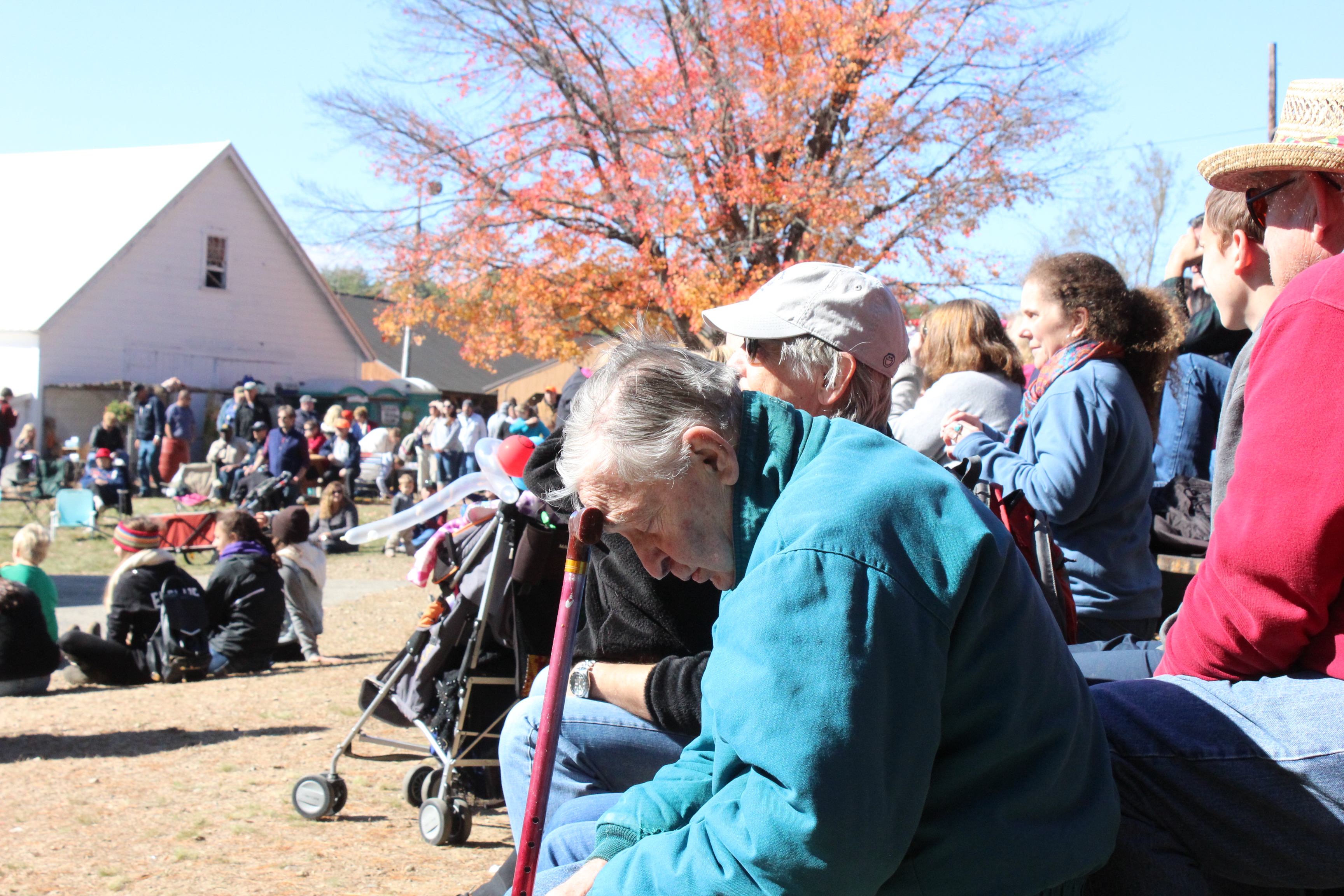 “The Boxtrolls” Movie — It Was OK, Well Produced BUT Not Even Close To A Classic.

It was Devanee’s 14th birthday on Friday, October 10, 2014. It happened to be school vacation in Alton, N.H., ahead of Columbus Day on Monday, because it was deemed a ‘Teacher Workshop’ day. So it is nice. The kids get a 4-day long weekend.

Devanee wanted to see a movie and go out for dinner. That was easy enough. She, however, wanted to see “The Maze Runner” — given that she had read the book and liked it. That presented a problem since it is a PG-13 movie with some pretty graphic violence. Teischan was way too young for it. But while looking at the Cinemagic showtimes in Portsmouth, given that that is where she wanted to go for dinner, I found a neat solution that would work herein — now that she was 14. “The Boxtrolls” (for kids) and “The Maze Runner” both had a 4:40 pm start time. So it was agreed that Devanee will go to one cinema while we went to another — both being after the ticket barrier. So I knew Devanee was relatively safe.

So that is what we did. I had not even heard of “The Boxtrolls” till that morning! If I had seen any trailers or promos on TV, they made zero impression. But it was also the ONLY kids movie around.

It was OK. I think it is supposed to evoke ‘clay animation’ though I know that it was all computer generated. Very well produced. I had assumed it was Disney. I was wrong. When I went looking for the poster, so I could post it, I learned two key things — which I wish I had known prior to watching the movie.

1) It is based on Alan Snow’s “Here be Monsters”. I know we have the book. Not sure I have read it to the kids. The story in the movie was new to Teischan. I wish they had NOT changed the name. “Here be Monsters” would have been a much more appropriate title.

2) It was produced by a U.S. company called ‘Laika‘. I saw a box at the start of the movie with ‘Laika’ on it and wondered what that was all about. I am old enough and enough of an astronomy buff to know that ‘Laika’ was the name of the first dog to be put into space — by the Soviets in 1957. ‘Laika’ meant ‘barker’!

I wondered who had come up with the story. It was Dickensian, kind of  ‘Oliver Twist’ with a twist. The setting alludes to Victorian Britain though the story really is more Germanic — with all that emphasis on cheese.

A fair amount of graphic violence. Teischan cringed. I cringed on her behalf.

Nowhere close to a classic.

There were only 6 others in the cinema with us; 4 kids and 2 adults. They didn’t seem that impressed either. I asked Teischan whether she will watch it again. The answer was very emphatic. NO! She has, as far as I can tell, watched ‘Frozen’ at least 15 times. So therein lies the whole story.

Unless you feel totally compelled and have to take the kids to the movies this month, you could save yourself the money and give this one a miss. The best I can say about it is that it is indeed ‘OK’. Clever. Funny in parts. Beautiful animation with great details.

A couple of GOOD ones coming in December. We saw the trailers. I will write about those this coming week. Those look real good.